HISTORY AND EVOLUTION THROUGHOUT THE CENTURIES

The Middle Ages
If the silhouette of the castle of La Bourdaisière is reminiscent of the Renaissance, we must not forget that the birth of La Bourdaisière predates the 16th century.
From the middle of the fourteenth century, the Deputy Governor of Touraine, Marshal Jean I Le Meingre, aka Boucicault, built a fortress to defend the surrounding areas of Tours against the assaults of the English on the site of the present castle.
From this medieval fortress, there were the remains of some moats, dry moats to the north and east of the castle, a corner tower as well as a spiral staircase descending into the moat on the southeast of the terrace.
This fortress was transferred by inheritance through several generations until its first sale on May 4, 1482, the deed of sale is conserved in the Departmental archives. La Bourdaisière was then bought by the Mayor of Tours, Louis de La Mézière.
It was from this moment that La Bourdaisière was to experience multiple owners in a series of sales, exchanges and successions. 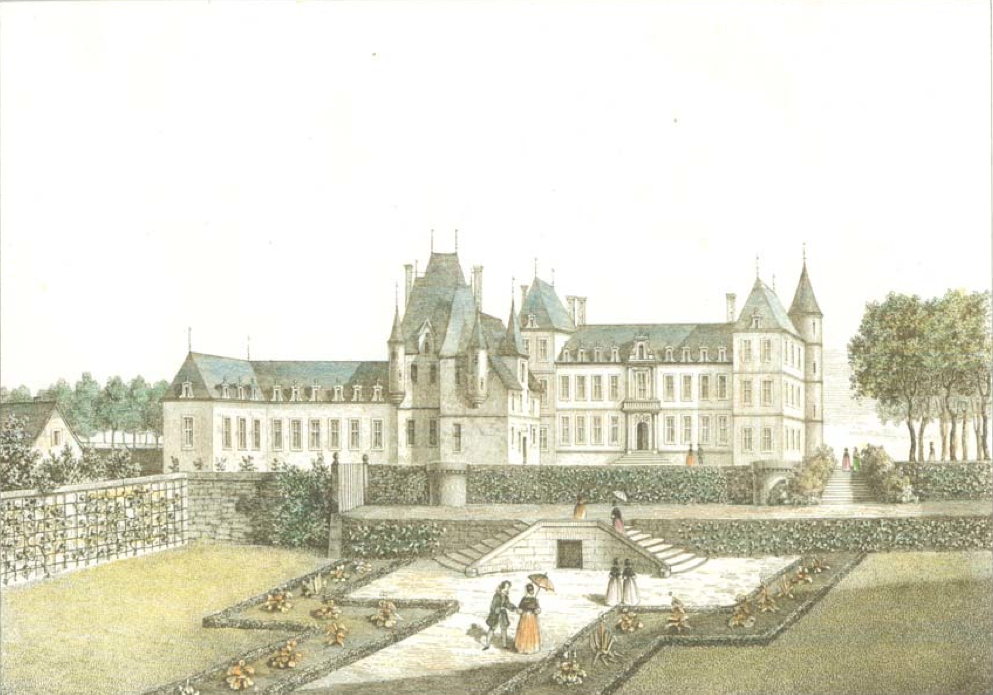 The Renaissance
The wedding, at the château, of Marie Gaudin, heiress of La Bourdaisière and Philibert Babou, a descendant of a long line of notaries of Bourges, marks the beginning of a first period of prosperity.
Marie Gaudin was known as “the most beautiful woman of her time”. She will also be the first mistress of King Francis I, which will certainly help the career of her husband. Philibert Babou who most definitely received multiple positions and honours from the King which enabled him to establish his fortune and to accomplish, towards 1518-1522, the reconstruction of the old medieval fortress into a country residence, composed of a miniature castle-like gatehouse and an entrance with a high roof, opening onto a drawbridge spanning the moat. A wing extending north, linking it to the dungeon dating from the Middle Ages.
The King Francis I and his successors were most likely hosted during their passages in Touraine in this new castle on several occasions. Upon the death of Marie Gaudin, fourteen years after Philibert Babou, their eldest son Jean II inherited La Bourdaisière who became, amongst other titles, the Grand Master of Artillery (Minister of Defence). Given the troubled times of that era by the wars of religion, he thought it best to fortify the castle by building a caponier equipped with guns on the south-east tower of the ramparts and clearing the moat during 1567-1568.
It was in November 1569 that he left the estate of La Bourdaisière to his eldest son, Georges I Babou, Count of Sagonne. He built a farm that looked like a “country manor” around 1595 as well as a cellar cut into the hillside which is now known as the Troglodyte chapel. These renovations were just about finished when Georges Babou received Henri IV and Gabrielle d’Estrées on May 27, 1598, who returned from Brittany where the Edict of Nantes had just been signed. 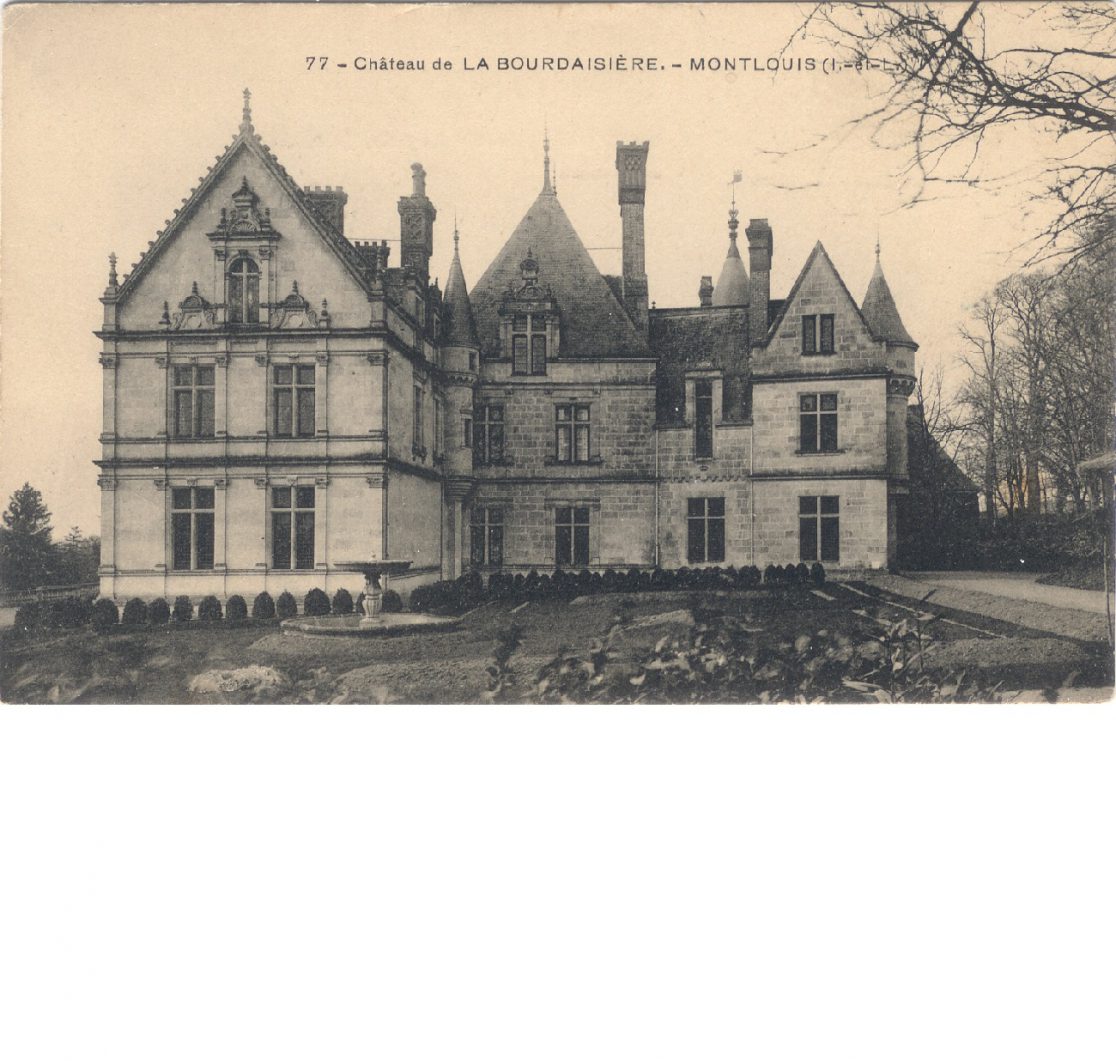 The classical era
In the first half of the 17th century the new owner of La Bourdaisière, the Marquis Nicolas Gouffier de Crèvecœur built two grandiose square buildings constituting the stables, on the site of the medieval courtyard. Around 1650 a sumptuous wing on the edge of the moat was built of which unfortunately nothing is left today, but it is illustrated on an engraving as a very large home flanked by two square pavilions. This magnificent construction drove its owner to ruin and forced him to sell the estate in 1674.
From there on, La Bourdaisière had several owners and became, during the visits of the Princess of the Tour d’Auvergne, the venue of all the high society of Tours. In November 1768 the Duke of Luynes, who inherited the Château, exchanged it with the Duke of Choiseul for the barony of Cinq Mars la Pile.
The estate was then on its last legs: when the Duke of Choiseul was exiled to his Castle of Chanteloup, he spitefully ordered the destruction of the castle that the Marquis de Crèvecœur had built a hundred and twenty years earlier, leaving only the Middle Ages dungeon and the Babou Manor house. 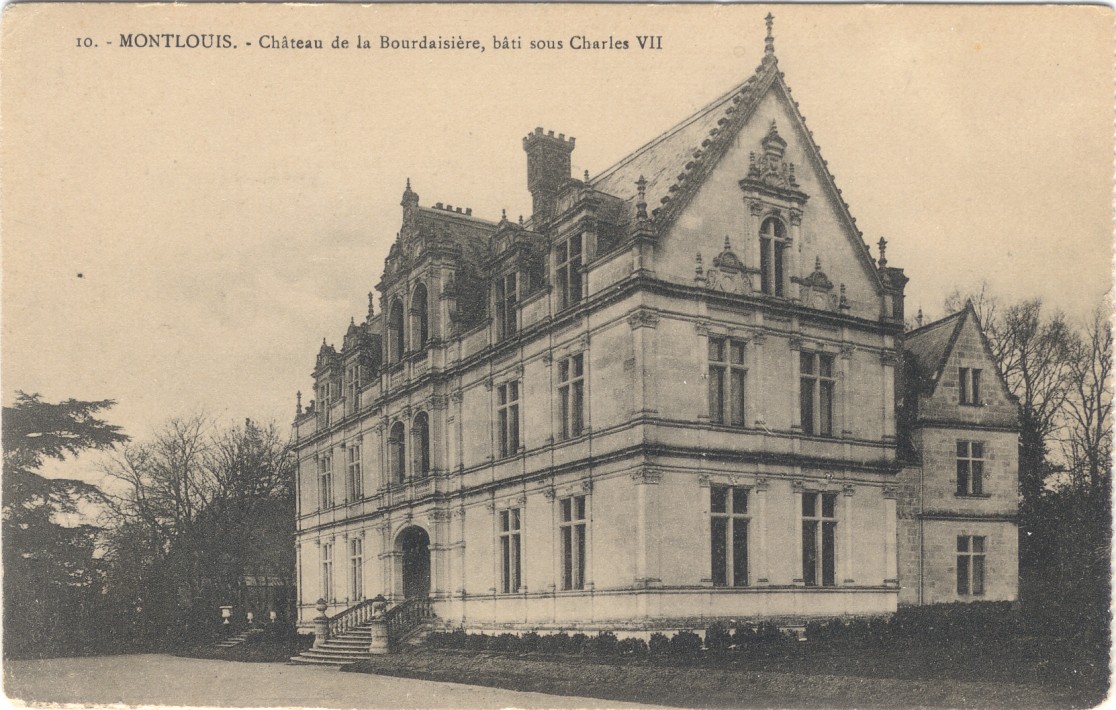 The French Revolution
During the Revolution, La Bourdaisière, belonged to of the Duchess of Orleans, Adelaide of Bourbon Penthièvre. The Duchess was the wife of Louis Philippe Joseph d’Orléans, who had changed his name to “Philippe-Egalité” during the Revolution. La Bourdaisière, like many properties, was confiscated by the Republic and sold as a “national asset” in November 1794. It was then bought by Armand Dubernad, a Breton wine trader who immediately undertook, upon his arrival, the construction of a new castle, built right against the southside of the Babou Manor. It was a cubic solidly-styled building, only decorated by a classical art central portico. 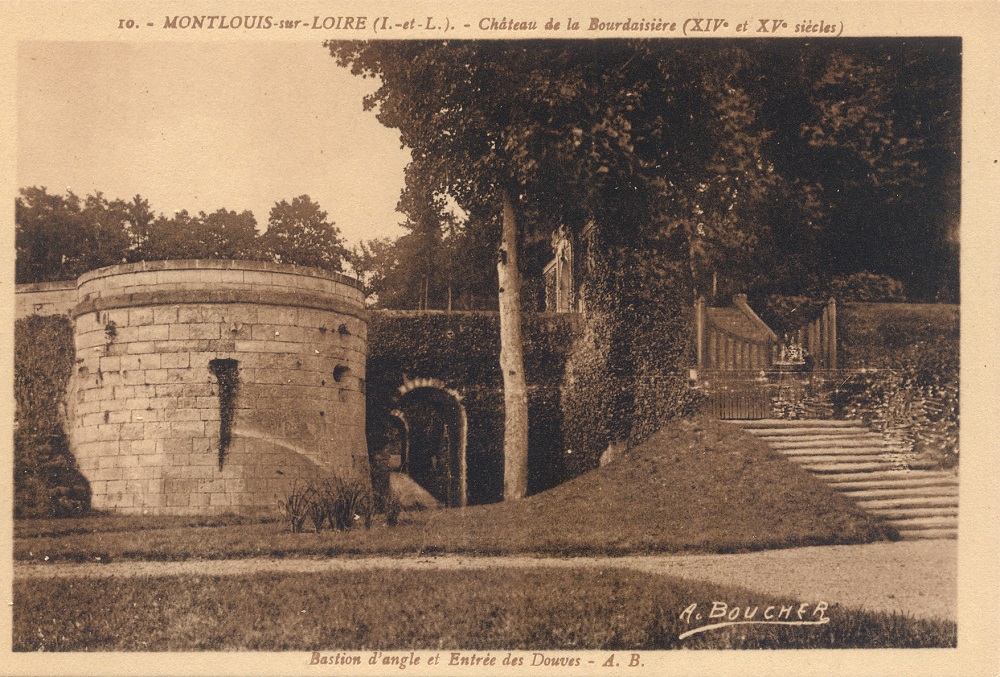 The modern era
In 1802 the heirs of Dubernad sold the Château to Joseph Angelier who implemented extensive restoration works to La Bourdaisière. He thus redesigned the castle with a Directoire Neo-Renaissance style facade.
Baron Angelier filled the moat, demolished the three drawbridges and the dungeon that had survived from the Middle Ages. He transformed what was then a simple gardener’s house into a Tudor Neo-Gothic chapel and designed the current vegetable garden.
His son Gustave Angelier redecorated the interior of the castle and built the library. He supported the terrace with a Henry IV style brick wall. The third Baron Angelier, heir to his father in 1890, completed the assembly by mounting a tower on the north-west corner of the castle and transforming the stables into luxurious stalls.
The castle was then sold in 1923 to a wealthy American, Madame de Mérinville who embellished the interior and exterior. The Duke of Windsor paid a visit to her at La Bourdaisière in 1937.
Purchased by an Englishman in 1938, it was then occupied by the Germans, and at the Liberation it became a military school.
Finally returned to its owners, it was unfortunately left to abandonment. In March 1947 the stables and shortly afterwards, the park were registered with the Historical Monuments.
In 1959 all the furniture was auctioned off and the castle was sold to the Municipality of Montlouis who converted it into a retirement home. As the castle no longer met the standards of safety and comfort it was sold in 1988 to the Notary public, Mr François Michaud. It was finally acquired by the de Broglie Princes on 2 September 1991. 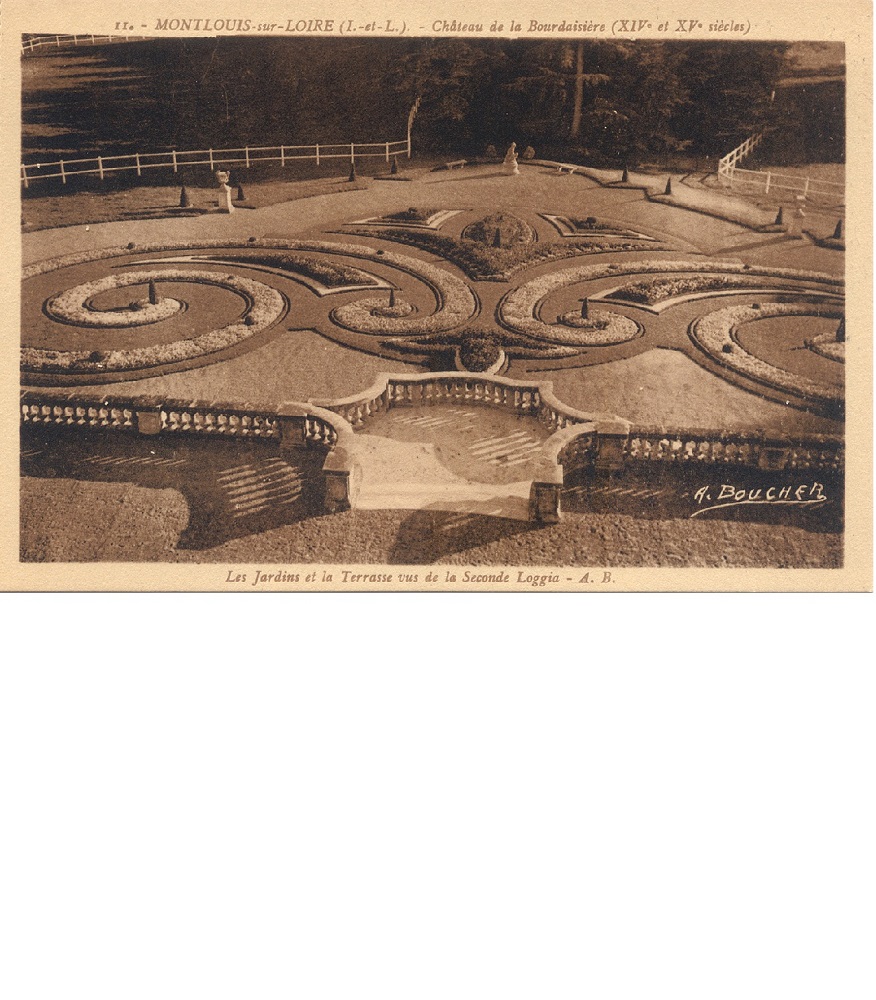